How exciting – more new houses!! More choice and more to try – short weekends out of season, or grab a summer or half-term week before anyone else can get there…! 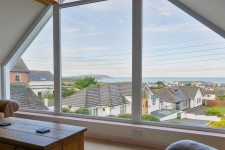 Highview is just being completed, following a refurb over the winter. Sleeping up to 8 in 3 ensuite bedrooms, great decking area, and with one of the best views in Trevone, its worth having a look! Owned by a previous Raintree guest, we’re very pleased to be letting Highview and think its going to be very popular.

We have also just taken on Lamorna Cottage, down on Bay Road, the lane opposite the surf shop, again just following refurb. Very nice feel to the house – comfortable, smart and really homely feeling. 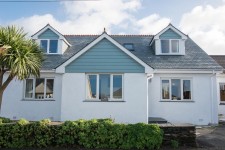 And finally, just being added to the website this weekend is The Ridings. Again sleeping 8 in 4 bedrooms, the Ridings is a well furnished and interesting house with a sheltered rear terrace that is bound to become a few guest’s favourite. 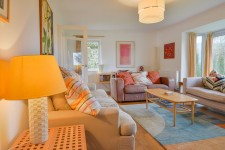 Near the pub and farmshop, and still a short walk down to the beach, The Ridings is a good addition to our Trevone options.

And for those who find Treyarnon their cup-of-tea, Windrushes has just been opened up until the end of August. The massive refurb and re-design has been postponed until the Autumn…so we’re very pleased to be offering lots of weeks here again…

Some summer and half-term weeks available at all the above, so move fast!